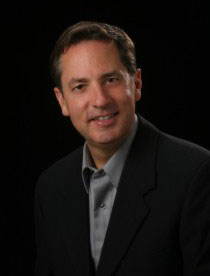 Dr. Lee N. Polite is the president and founder of Axion Analytical Labs, Inc. Since its inception in 1995, Axion has provided in-depth chromatography training to every major pharmaceutical, chemical, and petroleum company in the US. Lee has been teaching chromatography to professionals for more than 30 years. He has been invited to lecture on the topic in 17 countries and has trained more than 8000 professionals. Axion’s Chicago training facility is equipped with 8 modern HPLCs and 16 states of the art GCs all dedicated to Axion’s hands-on training courses.

Dr. Polite earned his Ph.D. in Chemistry (Chromatography) from Virginia Polytechnic Institute and State University (Virginia Tech) where he worked under the direction of Professor Harold McNair. Dr. McNair is recognized as one of the premier chromatography professors in the world and one of the pioneers in the field.

In addition to his technical degrees, Lee holds an MBA from Northwestern University’s Kellogg Graduate School of Management where he majored in both strategy and marketing. Throughout his four years at Kellogg, it was ranked as the top business school in the US.

Prior to receiving his advanced degrees, Dr. Polite received his Bachelor of Arts Degree (BA) in Chemistry from DePauw University in Greencastle, Indiana, where he was a Rector Scholar and a member of Sigma Pi Sigma (Physics honor society) and Sigma Xi (Chemistry honor society).

After receiving his Ph.D., Lee spent 9 years with Amoco Corporation holding a variety of scientific and management positions including Research Scientist, HPLC Team Leader, Group Leader of Environmental Analysis, and Laboratory Supervisor of one of the largest refinery labs in the US.

Dr. Polite is a recognized authority in the field of chemistry demonstrated by the fact that he has taught chromatography courses for more than 30 years to a variety of professionals in 17 countries.  He is the professor in charge of the popular American Chemical Society’s “Fundamentals of HPLC Course” and “Practical and Applied Gas Chromatography Course.” His company (Axion Analytical Labs, Inc) is the sole supplier of hands-on chromatography courses to the ACS and its 165,000 members. He has served as chromatography instructor for the DEA, United States Food and Drug Administration (USFDA), the New York City Police Department’s crime laboratory, DOE’s Argonne National Labs, Hewlett Packard, Agilent Technologies, Phenomenex, along with pharmaceutical, petroleum, chemical, and environmental companies throughout the world. Dr. Polite has authored countless professional course books on chromatography, a number of publications, and three book chapters on Chromatography.

Dr. Polite also founded the renewable energy company, “Helios Scientific, LLC”, where he helped to develop “sunburst” technology.  Sunburst facilitates the economical production of clean-burning ethanol from a wide variety of waste plant material. This technology will help to significantly reduce greenhouse gas emissions throughout the world. Helios Scientific, LLC was acquired by Sweetwater Energy, Inc. in 2015. Dr. Polite now serves as the Chief Scientific Officer of Sweetwater Energy, Inc., where he will help direct the building and startup of one of the world’s first cellulosic ethanol plants.